The Aboriginal people of the Mid Murray, Riverland, and Mallee value Ngaut Ngaut as a place of great cultural significance. It is a place intimately tied to our Dreaming, a place where the ‘old people’ lived and a place that preserves the environment. It is also a place that demonstrates our ongoing connection to our country and provides us with a sense of belonging. Our community values Ngaut Ngaut as a place where we can teach our children about their culture.

Ngaut Ngaut is an ancestral being. Beliefs and Dreaming stories about Ngaut Ngaut are complex and at times Ngaut Ngaut is described as either a man or a woman. People in the Aboriginal community today may also refer to Ngaut Ngaut as a demon or a fire demon.

One Dreaming story about Ngaut Ngaut tells of a half overgrown or giant-like man who lived at a place called Witjawitj. Witjawitj is a rock hole where Aboriginal people would collect water as they traveled between Nildottie and Loxton (to trade and attend ceremonies). Records indicate that this water source provided fresh water until the government or farmers put down a bore and ‘broke’ it by making the water salty. The country where Ngaut Ngaut lived may also be referred to as Ngaut Ngaut or Witjawitj country.

Witjawitj is also an ancestral being. He is believed to be powerful and is feared. The term Witjawitj may also refer to the ‘small people’ or ‘small beings’ who live in Ngarkat country (located east of Ngaut Ngaut).

Another Dreaming story about Ngaut Ngaut talks of a one-legged woman who steals children if they wander out into the bush alone. Dreaming stories like this are still told to children to keep them safe but they also hold a much deeper meaning. 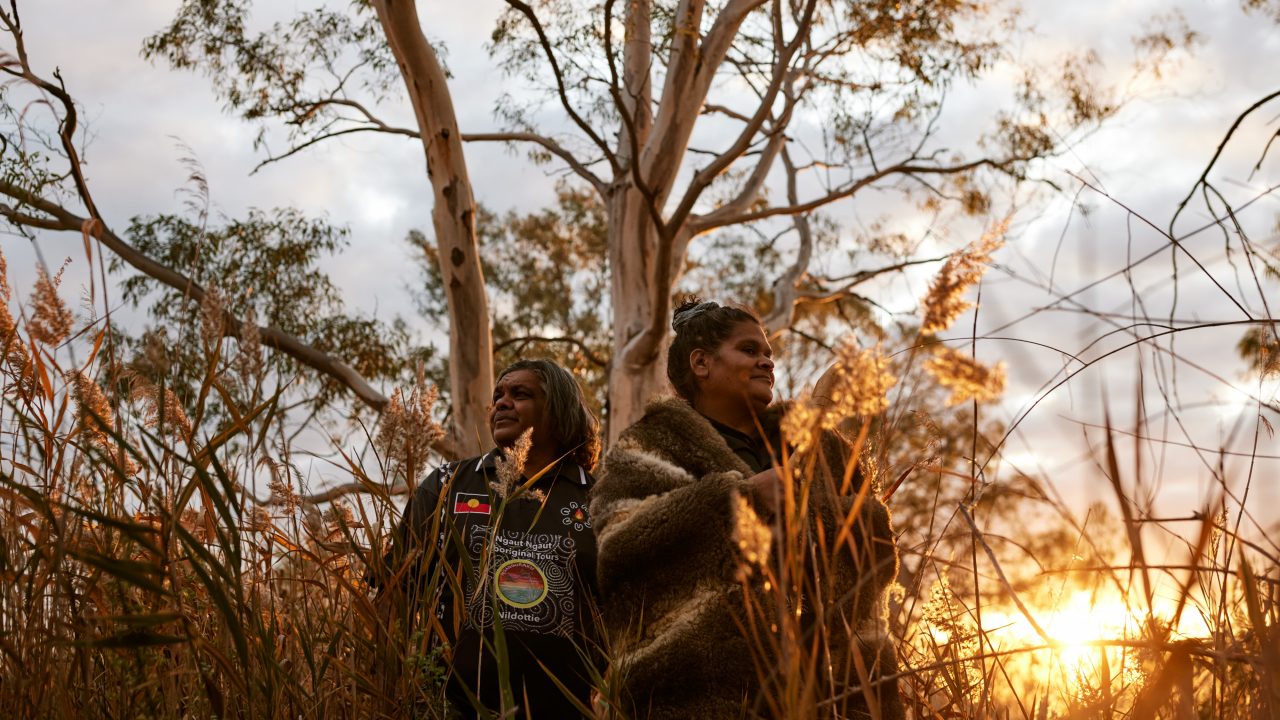 The stories relating to Ngaut Ngaut involve a number of Aboriginal groups. In particular, the following groups: Nganguraku, Ngaiawang and Ngarkat.

There are varying accounts of Aboriginal groups, group boundaries and group names in the ethnohistorical records for this region. One of the most well-known accounts about these issues was provided by Norman Tindale. Tindale began working for the South Australian Museum in 1918. During his career he worked in the fields of entomology, archaeology and anthropology. He remained an Honorary Associate of the Museum until his death, an association that spanned more than seven decades. Tindale spent many years recording archaeological sites and interviewing Aboriginal people along the River Murray.

The country of the Ngarkat people lies to the east of Ngaut Ngaut out in the dry mallee. During times of drought, or when the mallee root waters failed, the Ngarkat people would access Ngaut Ngaut and other places along recognised tracks in order to obtain water.6 An example of such a track is the steep path down the face of the cliff at the Ngaut Ngaut site. These tracks were used so that the game coming to drink at the water’s edge on the gentler slopes were not disturbed.

The Ngarkat people would indicate their approach to Ngaut Ngaut by making smoke signals. After they collected water they would take it back to their camps in the scrub. They would often stay by the river to take refuge from the heat during the day and return to their camps to the east at night. During their visits local groups usually camped at the place known as Ranginj across the river or on Tartanga (Nildottie Island). The visits would involve ceremonies and the recalling of past events and intermarriages. Today the Ngarkat, Nganguraku, Ngaiawang and other river groups are closely related as a result of such intermarriages.

The Ngarkat people would also trade with other Aboriginal groups along the Murray River. In particular, they were known for the stone axes they would exchange. 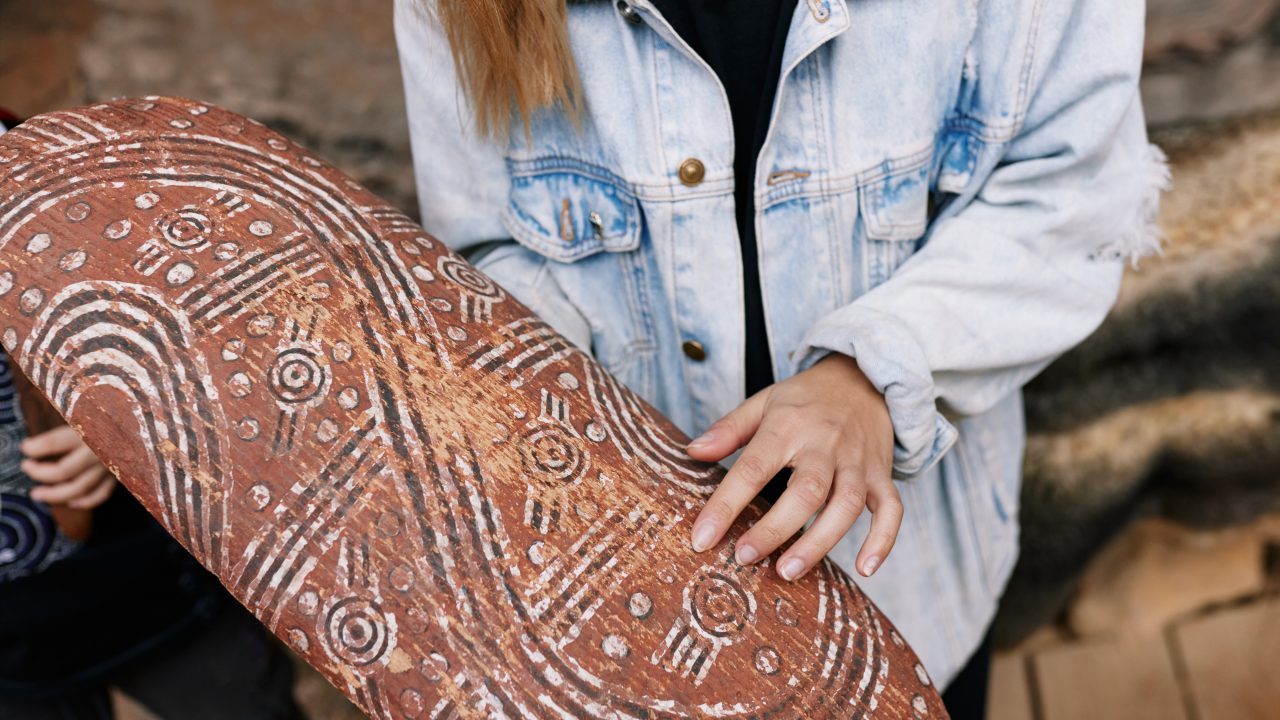 Hale and Tindale Conduct the First Scientific Excavation in Australia

Ngaut Ngaut was the first stratified rockshelter deposit to be scientifically excavated in Australia. Herbert Hale and Norman Tindale began their archaeological investigations at Ngaut Ngaut in 1929.25 Hale, a zoologist, was the Director of the South Australian Museum from 1931 to 1960. As previously noted, Tindale began working for the South Australian Museum in 1918 and worked in the fields of entomology, archaeology and anthropology. It was at this site that Hale and Tindale demonstrated the potential of careful, layer-by-layer, excavations using equipment still employed by archaeologists today such as trowels, brushes and sieves.

Stratigraphy refers to the layers that make up an archaeological deposit. In an undisturbed deposit layers buried more deeply are older than the layers above. Burial pits and other features can be dug down into earlier levels so great care must be taken to identify any disturbances to the original layers. Because of the many layers in the archaeological deposit at Ngaut Ngaut (and the artefacts and remains found in association with these layers) this site provided the first clear evidence for the presence of Indigenous Australians in one place and over a long period of time. This was later confirmed in the 1950s when the deposits were radiocarbon dated and demonstrated to be over 5000 years old.

A Turning Point in History

Prior to Hale and Tindale’s work little systematic research had been conducted in the field of Indigenous Australian archaeology. In fact the thinking of the day was that Indigenous Australians were recent arrivals to Australia and that their material culture had not changed over time. Hence, the research at Ngaut Ngaut provided a turning point in the way the Indigenous Australian archaeological record and Indigenous history was viewed by non-Indigenous people. Because the artefacts and other remains that Hale and Tindale uncovered were from a finely layered (stratified) context they were able to consider possible environmental and cultural changes since the arrival of humans. One of Tindale’s theories stated that changes in Indigenous Australian artefact assemblages at Ngaut Ngaut and other sites reflected the immigration of new groups of people over time (which he gave names such as Murundian, Mudukian, Pirrian and Tartangan).

Please enjoy and respect Ngaut Ngaut Conservation Park and open your minds and hearts to learn about our land, beliefs, and culture. 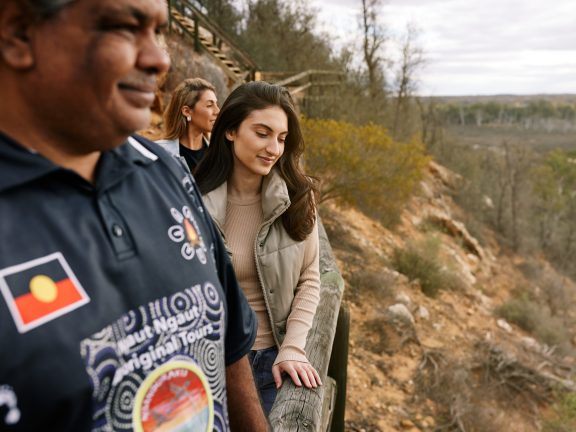 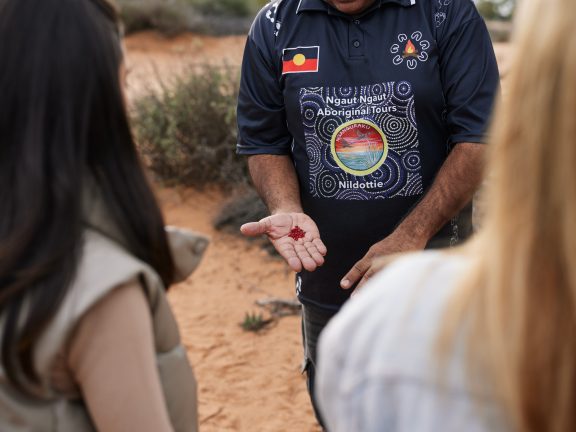 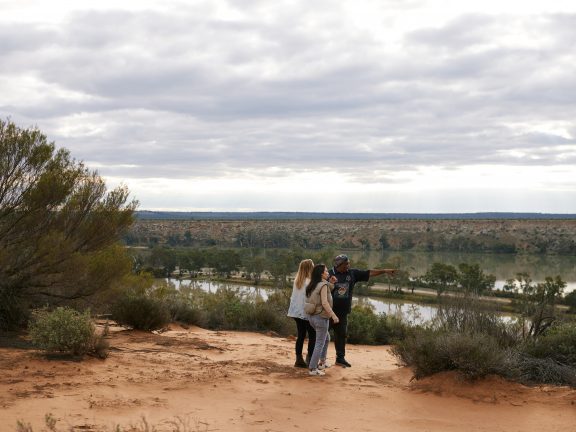 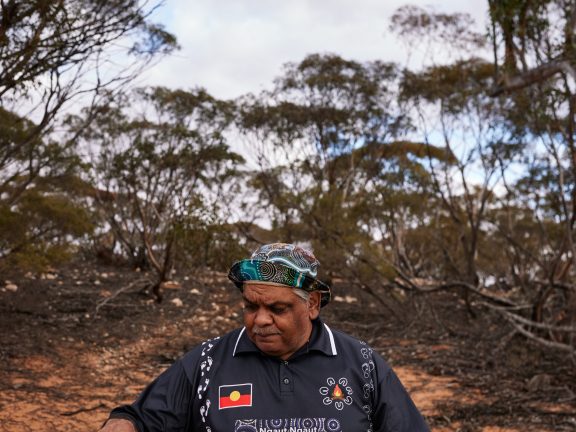 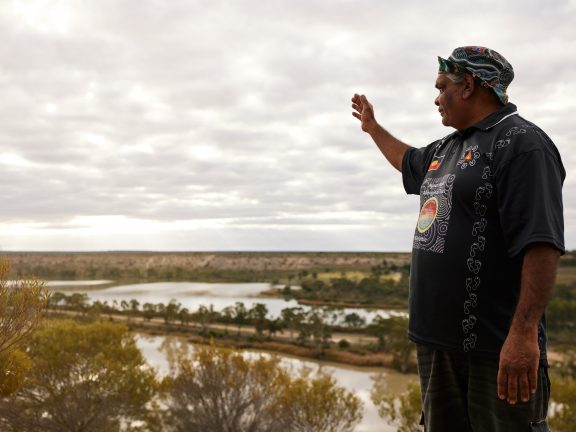 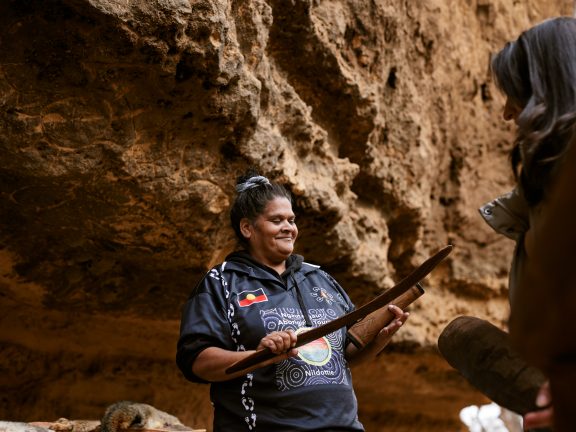 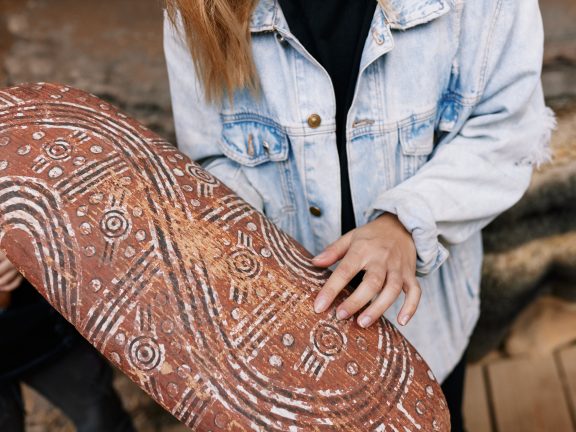 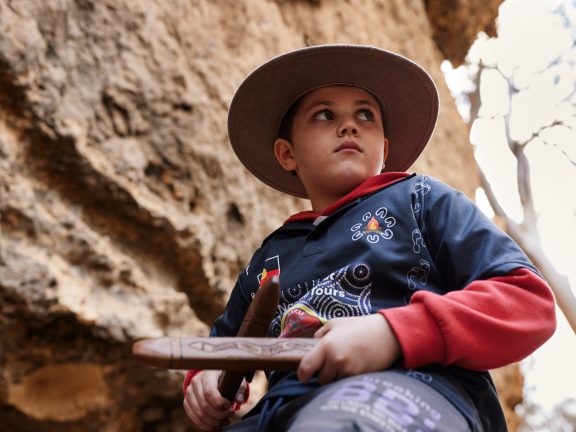 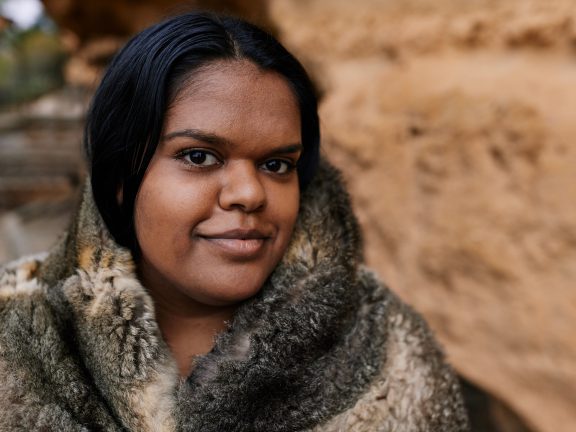 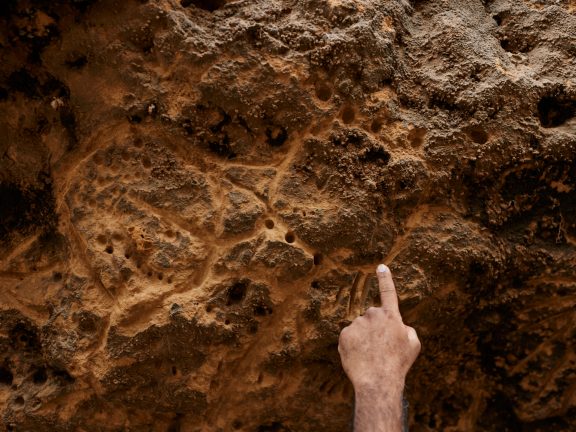 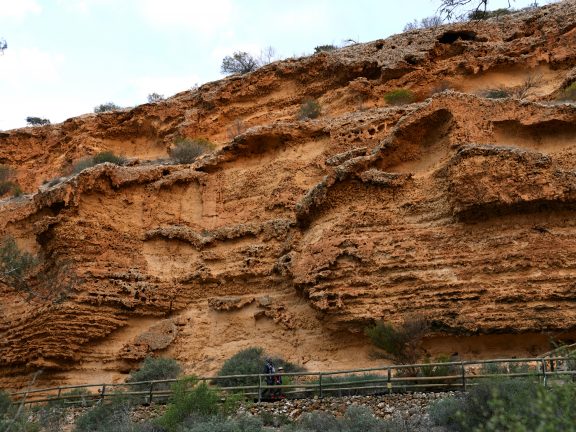 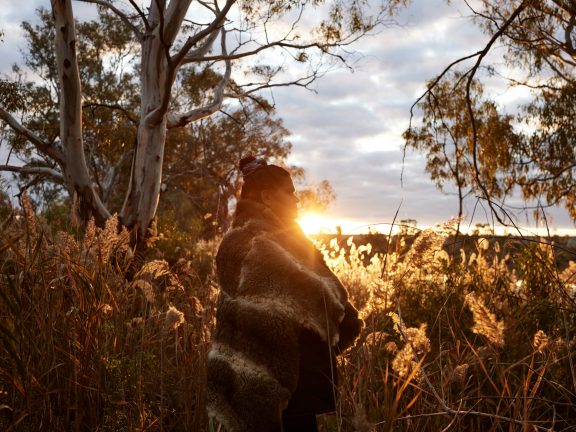 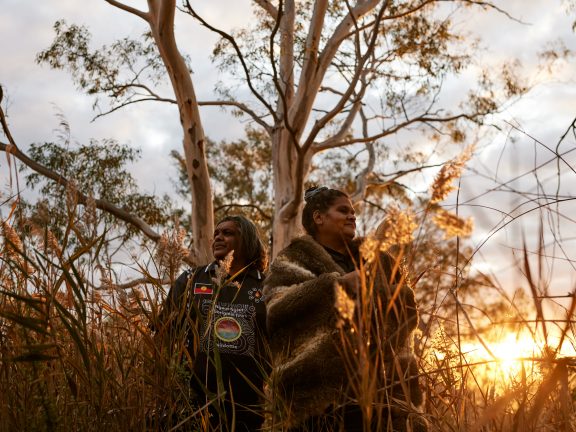 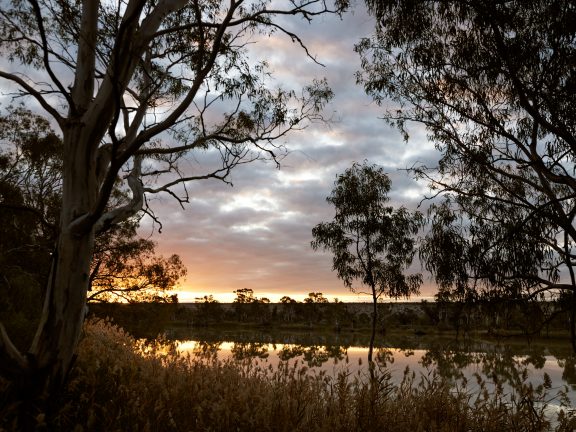 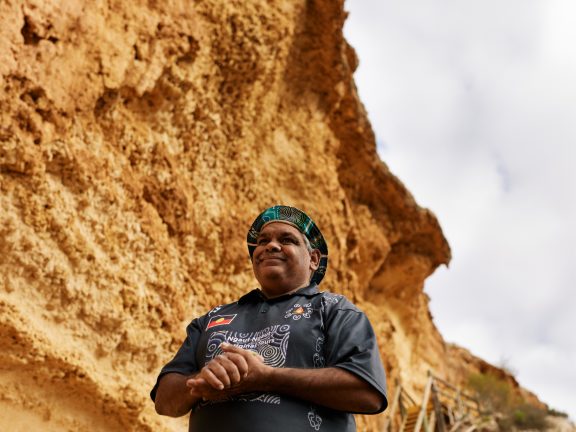 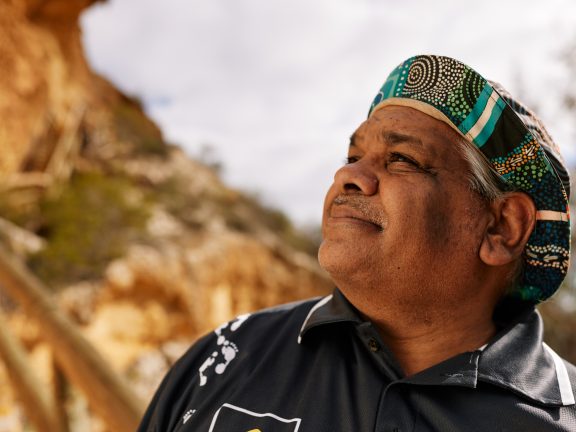 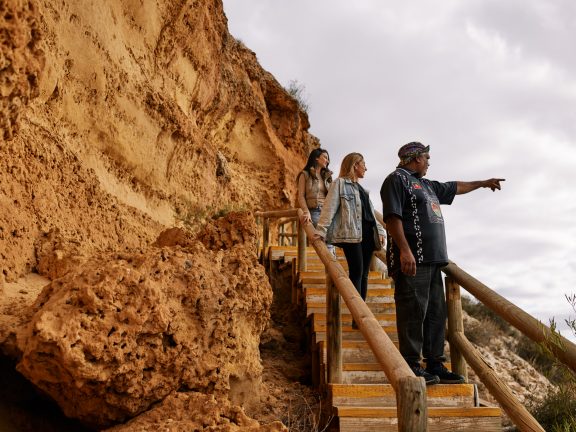 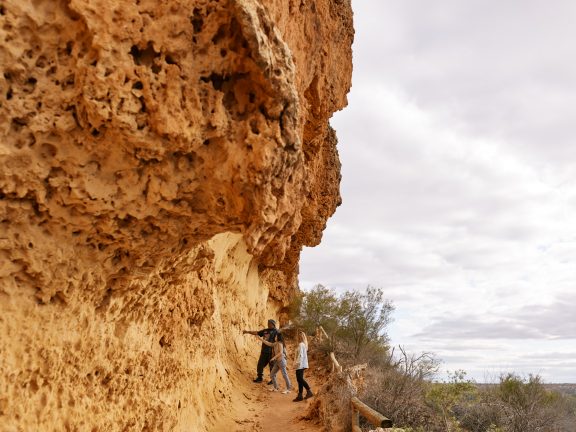 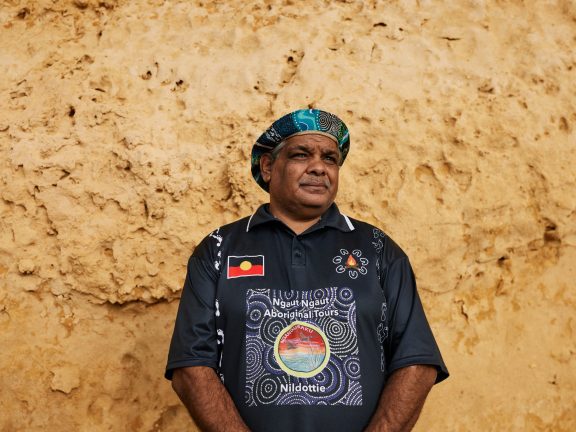 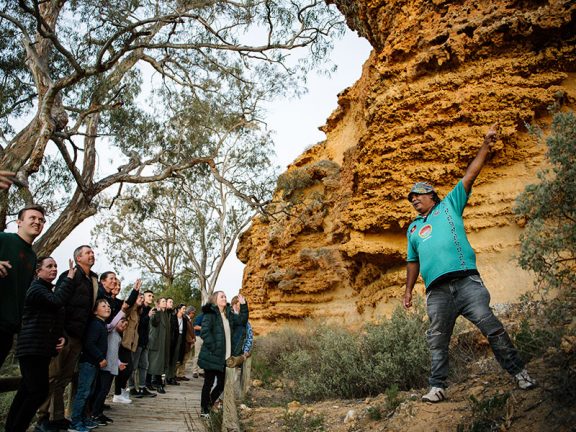 ASSISTED BY A NATURE-BASED TOURISM SMALL GRANT FROM THE DEPARTMENT FOR ENVIRONMENT AND WATER. 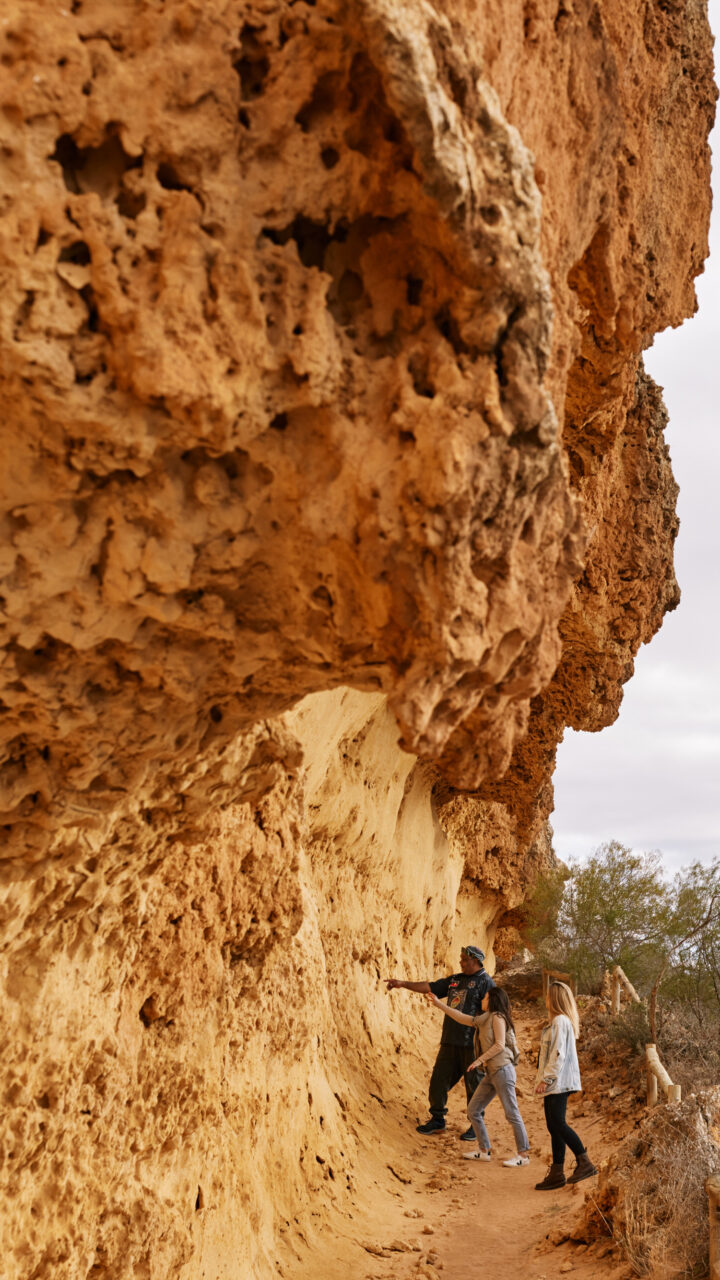