Enjoy the serenity of the Coorong 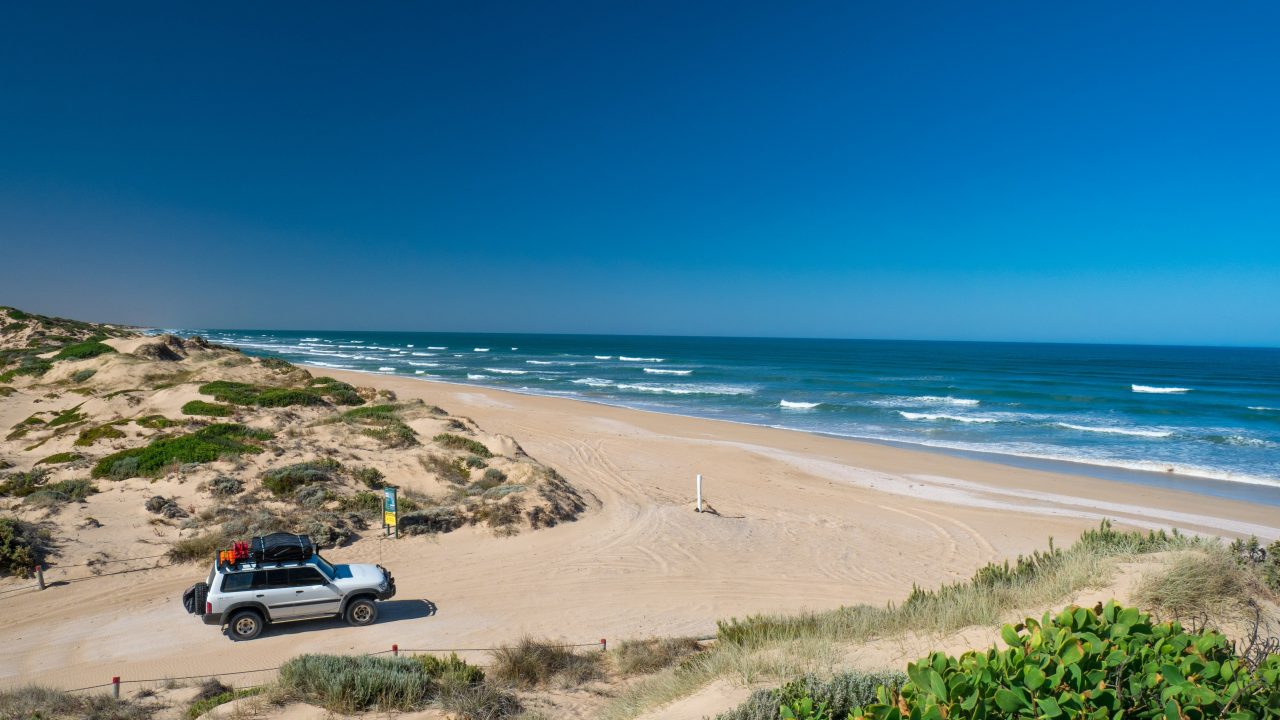 The Coorong National Park was officially established in 1966 and stretches more than 140km. The Coorong is of enormous cultural significance to the Ngarrindjeri people, and has archaeological evidence of Aboriginal campsites from over thousands of years ago.

The Ngarrindjeri people gave the area the name ‘Kurangk’, meaning ‘long narrow neck’. Current management of the park has included the involvement of Ngarrindjeri to preserve the cultural heritage. It is requested that visitors show respect for the Coorong National Park by not touching or removing any flora or fauna from the environment.

There are many historical stories to explore within the park. Chinaman’s Well is home of an intricate stone wall and quarries, providing insight into history of the gold rush era. Salt Creek contains a long walking trail which focuses on wildlife, the sand dune systems and the early settlement of the Chinese.

The Coorong National Park is also home to many stories about the European exploration of South Australia. For more history information, Parks SA has a self-guide history tour available as a printable PDF.

The Coorong National Park has been promoted on an international stage with the movie Storm Boy which was filmed in 1976 and later refilmed in 2019. It’s a story of a young boy who fosters a special connection with three orphaned pelicans. It touches on friendship, Aboriginal culture and growing up in the isolated wilderness of the Coorong.

The Coorong National Park is a wetland of international importance, providing a refuge to migratory fauna and endangered flora.

Home to vulnerable species, the Coorong National Park fosters an unusual ecosystem within the water. An unusual mix of salt and fresh water is a habitat rarely available for some specifies who require it to survive. In recent years, factors have occurred which have influenced the maintenance of this balance. Some parts of the park may experience closures due to related issues, it is recommended to check Parks SA for more information.

The Coorong National Park is vital to the wider ecosystem, seeing many bird migrate here from Alaska during the Summertime. Recent introduction of phytophthora (a plant disease) has been toxic to native plants and threatened the survival of animals which depend on these plants for food and habitats.

To help assist in maintenance of a thriving ecosystem, all visitors are asked to help stop the spread by using any hygiene stations available. It is also recommended to please stay on tracks and trails, to not remove any native plants or dead wood as these play a vital role in animals habitat, and please do not feed any animals during your stay.

Parks SA also recommend that all pets are left at home and to abide any signage you may encounter.

Visit the Listing
IGNITE YOUR SENSE OF ADVENTURE

4WD AROUND THE COORONG

Don’t forget to take extreme care when driving as the sand is quite soft and to be considerate of other users of the Coorong National Park. For more information on 4WD and what to ‘know before you go’, please visit the Parks SA Website.

Ideal in summer and autumn, the Coorong National Park is a great spot to go camping, travel with friends, and spend a day on the beach. Check out all the different things to do on your next trip to the Coorong below!