The International Dark-Sky Association (IDA) has officially named the new River Murray International Dark Sky Reserve, in South Australia’s Mid Murray district, as one of the most magnificent places on Earth to see the night sky.

Located less than 90 minutes from Adelaide – and one of only 15 internationally recognised Reserves in the world – this designation signals endless opportunities in astro-education and eco-tourism.

The River Murray International Dark Sky Reserve is now formally protected from urban light pollution. This is in part thanks to significant shielding from the nearby Mt Lofty Ranges and has been further secured thanks to local government policies which will minimise artificial light in the district long-term.

Darkness is measured on a scale of 0 to 22, with 22 being total darkness. Recent measurements from the River Murray International Dark Sky Reserve came in at between 21.97 and 21.99 – making it one of the darkest places on the planet.

“Light pollution is a major problem worldwide, which is why Reserves like this are so incredibly unique and important,” Mr Cool says.

“Less than 100 years ago everyone could look up at night and see the spectacular starry nights. Now, millions of people across the globe will never experience the Milky Way thanks to the growing use of artificial light.

“There are also adverse impacts on the environment, safety, energy and our health.”

“The region consistently measures an exceptional level of darkness – in some areas achieving the highest recorded measure of 21.99 out of a possible 22. The added bonus is that it’s now one of the most accessible Dark Sky Reserves in the world.” 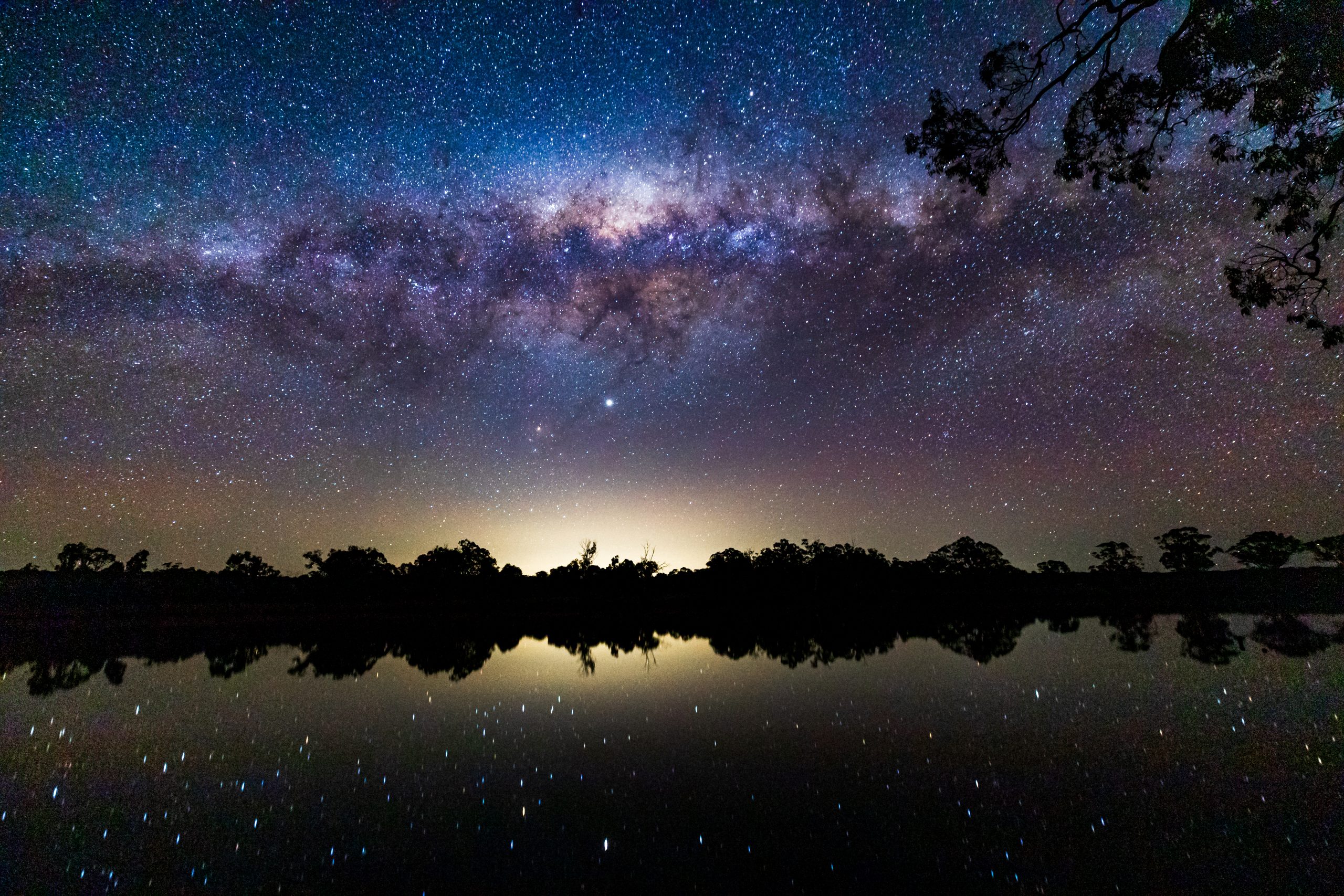 “As a former Chief Scientist for SA I am very interested in all aspects of how the State (and Australia) can encourage more young people to study science, technology, engineering and maths (STEM) and I see astronomy as a wonderful mechanism to cultivate this interest,” Prof Bursill says.

“The views are amazing through a good telescope. However, the night sky is so clear that a great many interesting celestial features can be seen with the unaided eyes or with a simple set of binoculars.  Our home galaxy, The Milky Way, is best seen from a dark southern sky location – and at the new River Murray International Dark Sky Reserve it is very impressive indeed.”

“I hope that we can eventually provide facilities and programs associated with the Reserve that will enable young people to develop and explore an interest in astronomy.”

Mid Murray Landcare SA Chairperson Chris Tugwell initiated the idea after staring in wonder at the stars one evening from his property located nearby the famous Big Bend lookout, which sits above the ochre cliffs of the Murray River. After realising the process to gain international dark sky accreditation required significant expertise and resources, he partnered with the Mid Murray Council to turn the collective dream into a reality.

After more than three years of work, Mid Murray Landcare SA and the Council are now working with scientific experts and community members on the Reserve, and have gained the support of the Murray River Lakes and Coorong (MRLC) Tourism Alliance, Astronomical Society of South Australia (ASSA) and the South Australian Government’s Department for Environment and Water (DEW).

“Being accredited by the International Dark-Sky Association is a bit like world heritage listing for the stars,” Mr Tugwell says.

“The locals are used to having unfettered access to the magic of our night skies all year round. Most people never thought they lived somewhere special, but this proves they do and I can bet that anyone with an interest in stargazing will have our backyard on their bucket list now.

“Globally, dark sky reserves are well known as the as the most remarkable places to visit at night for astronomers, astro-photographers and outdoor enthusiasts. They’re really a playground for people like me.” 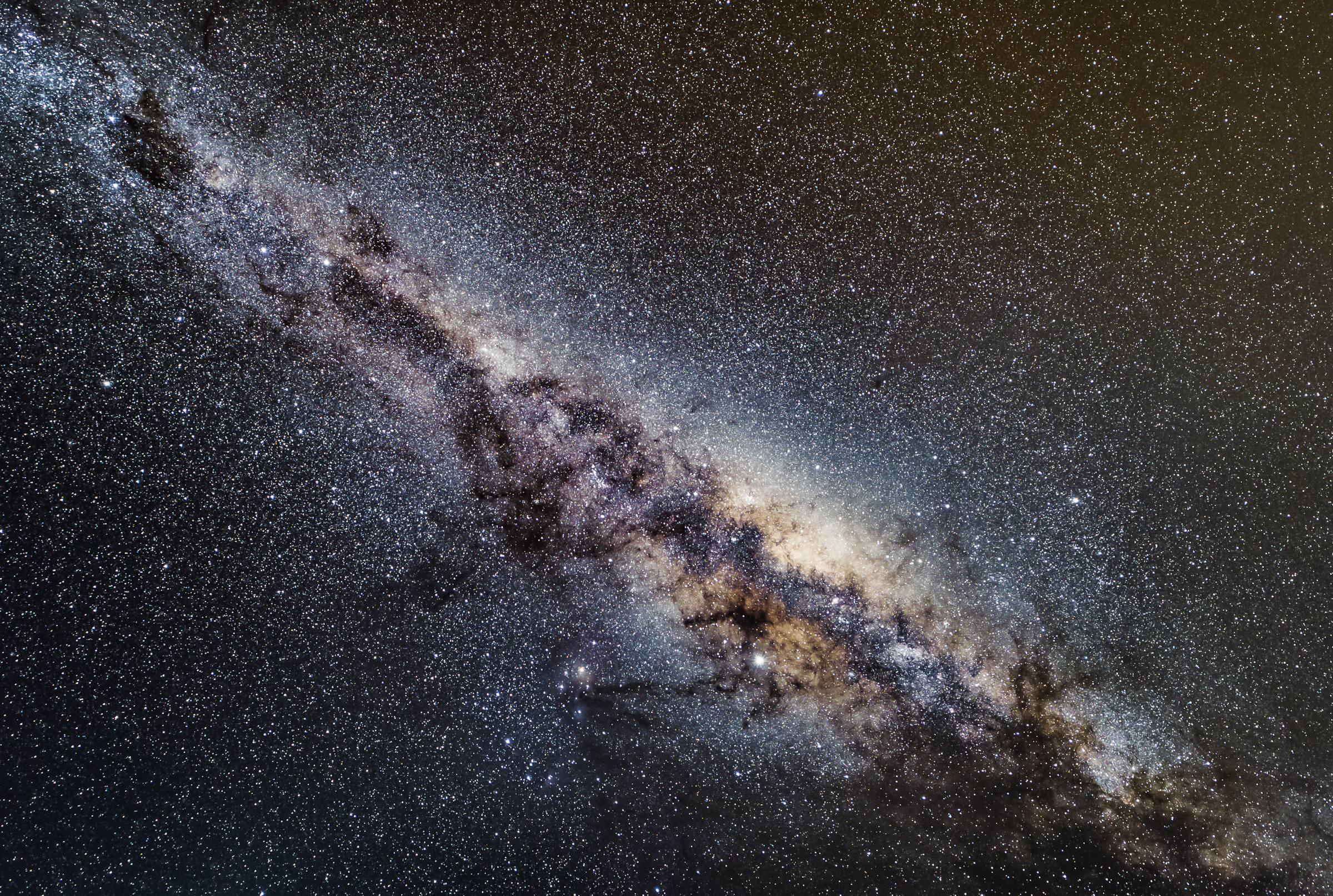 “The River Murray designation is especially important given the site’s proximity to the Adelaide metro area.

“In addition to raising awareness regionally of the ecological and cultural value of its nighttime darkness, River Murray has demonstrated the potential for meaningful preservation of dark skies on landscape scales in the shadow of major urban centres.”

Some of South Australia’s scientific and tourism leaders will announce the news tomorrow from the Big Bend lookout near Swan Reach (within the Reserve) and also from The Heights Observatory in Modbury.

Mid Murray Council Mayor Dave Burgess said he expected to see a significant increase in visitors to the region, with the town of Mannum being a gateway to the River Murray International Dark Sky Reserve, and small towns such as Cambrai, Sedan, Swan Reach and Blanchetown likely to see international guests.

“Mannum is already well known as the birthplace of the historic Murray River Paddlesteamer, and now will be the gateway to the stars, as people who visit the district to soak up the magic of the River during the day choose to extend their experience to the night sky as well.

“Having the Murray River run directly through the Reserve also means we have the unique vantage point of being able to offer people a view from the land or water by way of a houseboat holiday. Just moor your vessel, turn off the lights and look towards the sky.

“This is a proud moment in our history, once again providing international recognition for our unique environment.”

Murray River Lakes and Coorong Tourism Development Manager Julie Bates said she now had a major task ahead of her to help prepare operators, towns and volunteers for the number of new visitors expected to travel to the region following the announcement.

“This news is massive for our region, and South Australia,” Mrs Bates says.

“A decade of weather monitoring shows that the dry climate makes for long periods of clear skies all year round, so this means visitors can come in search of the perfect night sky 365 days a year.

“Tourism operators already have packages in place to ensure anyone can experience our brilliant night sky – including camping under the stars, guided telescope viewings, bus tours, photography workshops, nocturnal animal tours and more.”

Minister for Primary Industries and Regional Development and Member for Chaffey Tim Whetstone congratulated all involved for achieving the International Dark-Sky Association recognition.

“The Dark Sky accreditation is a fantastic outcome for the Mid Murray district and reinforces what locals have known for years – the Big Bend lookout is one of the best places to see the night sky,” Minister Whetstone says.

“The accreditation is another feather in South Australia’s cap when it comes to eco-tourism and further highlights our regions as an outback playground ready for people to come and enjoy.”

The River Murray International Dark Sky Committee (along with its partners) is working on a range of educational, cultural and arts programs and events to be run from the region, with more details on these to be announced soon. Initially, an education/research centre will be set up at the Meldanda Campsite near Cambrai, offering activities for schools and the community.

This comes off the back of the recent announcement of NSW’s Warrumbungle Dark Sky ‘Park’ – a different designation to a Dark Sky ‘Reserve’ under the IDA program. Simply put, a ‘park’ is a national park that has dark sky status, while a ‘reserve’ is a combination of public and private land, including townships – making lighting policy and control far more complex.

The RMIDSR located only a 90-minute drive from the Adelaide International Airport and has nearby accommodation options, spelling huge opportunities for astro-tourism and general accessibility.